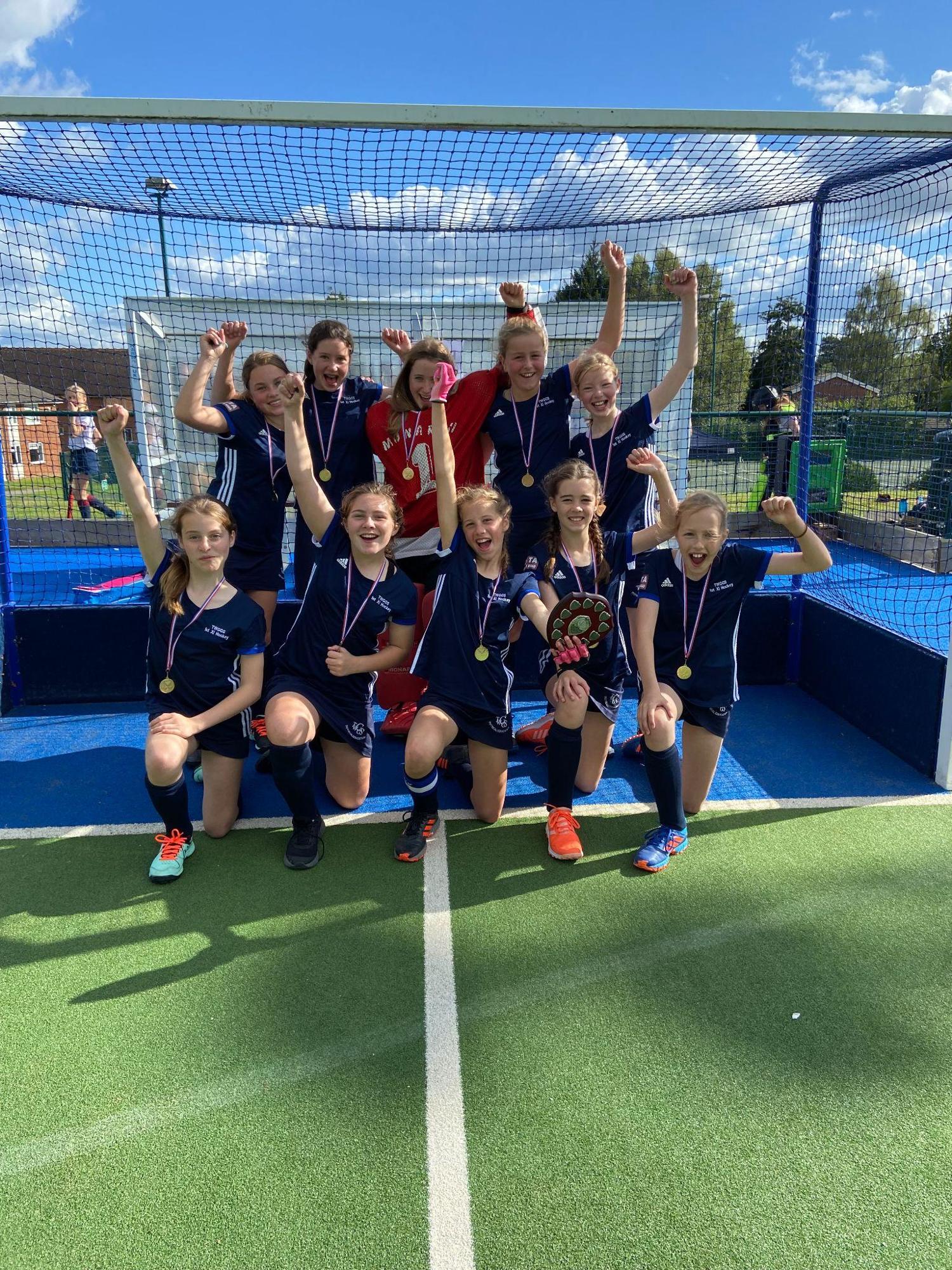 We are very proud of our Year 7 hockey team, who won the U12 Schools County Hockey tournament, held at Kent College Pembury last week.

Members of the winning squad wrote the following tournament report, giving us the news of their exciting win:

On Wednesday the 29th of September, TWGGS U12 hockey team set off for the U12 county competition. Our first match was against Ashford which ended up being 0-0. We then moved on to play against Colfes, we won this game 5-0 with our captain scoring three amazing goals. Our last group game was then against Sevenoaks - this was a tough game and the final score was 0-0.
After lunch we were told we had made it to the semi-finals; this was a great moment for the team! Our semi-final was against Kent College Pembury. We played very well and showed excellent determination and marking throughout, we came out on top winning 3-0. We had made it to the final!
In the final we found ourselves against our previous rivals Sevenoaks. We scored an early goal, which gave us the boost we needed. We defended well and moved the ball quickly. This resulted in an amazing 4-0 win. This result means that the team will now progress to the regional tournament. Well done everyone!