Ofsted conducted a review of sexual abuse in schools and colleges which was published in June 2021.

Although anyone can experience sexual harassment and violence, research indicates that girls are disproportionately affected. For example, 90% of recorded offences of rape in 2018–19 of 13- to 15-year-olds were committed against girls. In the past year, girls aged between 15 and 17 reported the highest annual rates of sexual abuse for young people and children aged 25 and younger.

In 2016, the Women and Equalities Select Committee highlighted a number of surveys reporting that girls were experiencing high levels of sexual harassment and sexual violence, including online, in schools and colleges.

What are we doing at TWGGS? 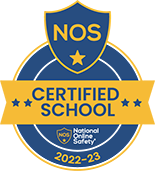