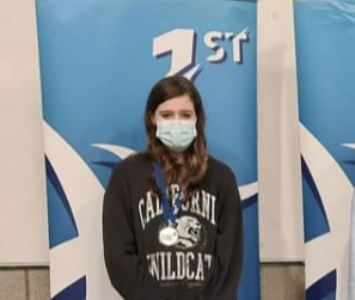 We're very proud of our year 8 pupil, Eilidh, who has been selected to represent South East region in the British National Fencing Championships following a run of success in the sport.

Her success in Scotland was followed by an impressive second place in the Under 14 Girls' Epee at the South East Regional youth fencing championships on 6th February.

The British National Championships will take place at the English Institute of Sport in Sheffield, from 29th April until 1st May. Good luck Eilidh!